The strength of Blood Into Ink is the writers who gather here. Each member is fierce, talented and incredibly respectful and supportive of others living with a history of trauma. We believe that their stories will move and inspire you.

Where do you live? What do you love about it?

I live in central Oregon. There are many things I love about this area, but if I were forced to choose just one I would say my favorite is being able to see the Cascade Mountains from my back yard.

Tell us about yourself

This may sound strange for a poet, but I always find it awkward talking about myself. But since you asked nicely, I’ll give it a shot:

I was born a thousand years ago in the year 5733 (Oh, sorry that’s the Hebrew Calendar, it was 1973) in Oceanside, Long Island, New York. My parents moved to the Willamette Valley in Oregon, where my mother is originally from, when I was about three years old.

I always remember loving to read and sometimes loving books more than people (Which is still sometimes my preference). I recall Dr. Seuss having a huge impact on me as a kid. I always enjoyed making up stories in my head, though I don’t recall writing down much. When I got older a friend got me into Dungeons and Dragons, but I seemed to enjoy creating characters and working out thier backstory more than I enjoyed actually playing the game!

I first recall seriously wanting to write poetry (and/or song lyrics) when I was in high school. It was listening to songs by the Beatles and Bob Dylan that stirred something in me that wanted to write and create things like they did. My first attempt, which I have in an old journal somewhere (and from what I recall it was pretty horrible), was a response to John Lennon’s song ‘God.’ A writing assignment in one of my freshman English classes (Which turned out a slightly less horrible poem) cemented in my mind that poetry was something I really wanted to do & I started writing all the time. Most of these poems I didn’t show to many people, mostly because I just didn’t think I was good enough (An issue I still struggle with).

I lived in Oregon until I graduated High School in 1991 and joined the U.S. Army for five years (People ask why I joined the Army. My standard answer is because the Circus wasn’t in town). I did Basic Training at Ft Leonard Wood, Missouri and Advanced Training at Ft Benjamin Harrison, Indiana. While in the Army I worked as a Personnel Management Specialist. Over the next few years I was stationed in Giessen, Germany and Ft. Sam Houston, TX.

I left the Army in 1996 after my enlistment was over and returned to Oregon for a while. Soon after getting out of the Army I was granted disability benefits from the VA due to cumulative damage done to my knees over the previous five years.

During the next decade or so, for many reasons that I won’t go into here, I lived in a variety of places: Tampa, Florida – Pennsylvania – New York, NY. I earned my BA in Religious Studies from the University of South Florida at Tampa & my MA in Judaic Studies from the Jewish Theological Seminary in NYC. Also while in Florida I converted to Judaism, which I had felt a calling to for some time, having been on a bit of a spiritual journey since High School, partially spurred on by George Harrison and his music.

I continued writing through all of the above times, sometimes more prolifically than others. It was last year, after a bit of a dry spell, that I seriously got back into writing poetry and started my WP blog to share it. 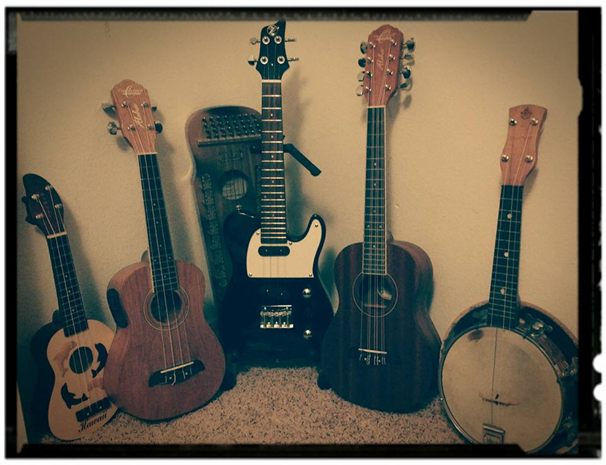 Tell us about your blog

I blog at Darkness of His Dreams I started the blog on September 3rd 2016.

I also have a YouTube channel where I have posted a couple videos of myself reading my poetry. I had intending on doing more of this, but haven’t found the time. You can also find Audio only recordings of these same poems on Soundcloud:

What motivated you to start your blog Darkness of His Dreams?

I’d been writing for years and always talked about getting a book published, but never really did anything other than show my poetry to select friends. I decided that I needed to start getting my writing “out there” and thought doing a blog would be a good start.

What keeps you blogging at Darkness of His Dreams?

I like having a way of instantly publishing my work to the world. Throwing it out on the wind and seeing where it lands. I still have the goal of publishing (likely self-publishing) a poetry collection (I actually have a few ideas for collections by different themes), which I see the blog as a testing ground for. I’m also motivated by many of the other bloggers/writers/poets who I have connected with thanks to WP

Why did you get involved with Blood Into ink?

I first heard of the site via Kindra Austin’s blog (Who, by the way, is an amazing writer and friend). I was initially impressed with the concept and goals of the blog, but didn’t think much of being involved with it since I don’t fall into the category of being a survivor of abuse, unless you count just being a survivor of life.

A while later, also via Kindra, I became aware of the Blood into Ink Writing Prompt Challenge. At first I didn’t think I had anything to offer, but was struck by the phrase “Blood into Ink,” which I think resonates for many writers/poets and composed a poem, also called Blood into Ink, which I submitted to Christine and which was then published on both her blog Brave and Reckless and the Blood into Ink site.

At that point, I thought that would be the end of my relationship with the blog for the most part (Christine did mention to me the possibility of doing a guest post now and then, which I was open to), but what I wrote and the writings on my blog apparently made an impression on Christine and the other curators of Blood into Ink and I was invited to join the site as a regular contributor, which I humbly accepted. I am honored to have been asked to be a part of this collective, whose reason for being is, in my mind, very important

What does it mean to be a “Warrior Voice of Survival”?

To me it means having a voice and fighting for what is right. Even if you are not a survivor of violence or abuse, I think you have a duty to your fellow human beings to both listen to what they have to say about their experience and speak out on their behalf. This isn’t passive, this is war. We must all fight together, for each other, to ensure than nobody has to suffer and that nobody who is a victim of abuse is made to feel ashamed because of something somebody else did. In the end, the goal of life shouldn’t just be surviving, it should be thriving. Take up your weapon of choice, even if its only your own voice, unfurl your banner proudly and fight for yourself and all your brothers and sisters in humanity.

Tell us about your writing goals

My current goal is to get together and publish a collection of my more recent poetry. Beyond that I have a couple of ideas for specifically themed collections (Mythological poems and Micropoetry (Haiku, Senryu; Tanka)).

What is your writing process and routine?

I unfortunately do not have much of a routine. I am always on the look out for inspiration and when it hits me I write it down, in some form, in the notebook I always carry with me (or make note of it on my phone). Then, usually after work, I’ll find time to type it up on my computer and if I’m reasonably happy with it (I’m never completely happy) I’ll post it to my blog and see what happens.

Has your writing appeared in print? How did that happen?

Years ago I had a couple of poems published in Omnibus, which is the University of South Florida’s literary journal. It came about because I knew the person who was editing the journal and was invited to submit some of my work. I also served on the editorial board for a couple of years.

What is your advice for new writers and bloggers?

The best advice I can give is to be yourself and be true to your own voice. Don’t get hung up on how many people “like” your posts. I often think of Allen Ginsberg’s words: “To gain your own voice, forget about having it heard.” Write what you need and want to write, be authentic. If you do this your audience will find you, don’t go chasing after them.

Talk to us about what you like to read

To quote Neil Gaiman, “Picking five favorite books is like picking the five body parts you’d most like not to lose.” Having said that, here are a few favorites:

I could go on and on. I’m currently reading both Tolkien’s The Silmarillion and the Complete Works of Plato.

Tell us about three of your favorite blogs to follow

Its hard to choose just three, much like choosing a favorite book, but here goes:

Tell us which pieces of your own writing are your favorites

Any final thoughts for the Blood Into Ink readers?

Just that my ultimate goal in my writing and in my life is to be as true to myself and as authentically me as I can & I encourage everyone else to do the same.