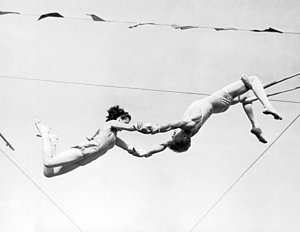 I’m sorry I don’t want to fuck. You’re a good man, and I love you. I remember when we began—I’d come over in the evenings to watch a rental movie, and we wouldn’t even make it half way through, because kissing always steered us toward the bedroom. We’d stay up until four in the morning, then report to work at our respective jobs on three hours sleep, hungover on beer, and circus sex. Circus sex, I remember fondly.

We were married in 2013, after four years of award winning circus sex; and around that time, I began to complain of wide spread physical pain and fatigue, migraines, and anxiety, in addition to a slew of other inexplicable ailments.

December 31, 2014: I’ll never forget the alarm in your eyes as you watched me crumble to the floor in sudden agony, on my way back to the living room from the kitchen. Thank fuck I was drunk, or else the fall would have hurt a lot more upon impact. We both wondered aloud about the number of things that could have caused me such stunning pain…but it was New Year’s Eve, and we were fucking blotto, so as soon as I insisted that I was fine, we continued on like it was the end of the world.

I’d been working at the hospital since 2012, and I was well-liked across all departments. I always have prided myself on my ability to make genuine friends, because genuine friends are so hard to come by. If not for the relationships I had built, maybe I wouldn’t have landed in the E.R. three times in one month while on the clock; it was because of those men and women who cared about me that I was sat in a wheelchair, removed from my department, and pushed down to the E.R. in great haste.

In 2014, at the age of 36, I was diagnosed with several herniated lumbar discs, spinal stenosis, and arthritis. In 2015, I was diagnosed with Fibromyalgia, and severe bilateral arthritis of the hips. I had a total right hip replacement in February, 2017—my left hip is quickly deteriorating, and will soon require surgery.

Due to my chronic pain, I finally had to quit work mid-2015. I’m lucky you like me, sincerely. You’re a goddamned saint, standing tall by my side. Because I’ve not been easy to live with these past few years, and the hit against our income has certainly caused significant hardship. I’m happy to say that the lack of money has not impacted our friendship, and the harmony of our household. I am sad to say that my illnesses have forced the circus out of town. You must be gentle in bed…and gentle is nice, but I do miss our days of acrobatics. When I’m in the mood, that is. Medication, physical agony, and my lack of self-esteem has hampered my libido.

And now, my mother is dead. Yet another reason I don’t feel sexy; it’s difficult to get in the mood when I’m consumed with the absence of her—the woman who grew me inside of her body, and pushed me out through her vagina. Her vagina! How can I think of fucking when I’m occupied by thoughts of my dead mother’s vagina? How can I think of fucking when I’m consumed by the memory of her face, her voice, her smile, and her scent? Every second of quiet, I hear her voice—she says one thing or another that I’ve heard a thousand times. Mostly. There are some things I hear that she’d only said to me once, when I was young.

One thing I awkwardly remember is when she was talking to me about sex—I was sixteen years old—she said, “Once you have it, you will always need it.”

I guess my mother didn’t consider my emotions—how I’d feel after she’d stopped breathing. She was only explaining her own behavior. Because my mother never lacked a lay, believe me. She was one of those women who always had a lineup of men willing to spill their own blood to experience one night in her bed.

Don’t misread me. I’m not proud of my mother’s promiscuity. In fact, it was a source of major embarrassment during our trailer park days at Contaminated Manor. My mother had garnered quite the reputation for dating men with money. That’s not entirely impressive, considering the men with “money” also lived inside, or near the trailer park, which was a cesspool of lice and booze.

The circus has left town; I’m sorry I don’t want to fuck as often as you’d like, but thankful for your patience and understanding. I don’t have to over-explain anything to you. You’re my best friend, and when I settle into your arms—hear your heart beating against your chest—I know your heart beats for only me.

27 thoughts on “When the Circus Leaves Town”